A1 milk and its controversy-a review | Abstract

A1 milk and its controversy-a review

Milk is divided into two group’s type A1 and type A2 on the basis of betacasomorphin-7 (BCM-7) production. Type A1 milk on enzymatic digestion produces BCM-7 but A2 does not. This is because of mutation that changed proline to histidine at position number 67 in β-casein of type A1 milk. BCM-7 is a seven amino acid long peptide and speculated to be involved in aggravating non-communicable disorders such as juvenile diabetes, autism and schizophrenia. Gut enzymes such as pepsin, leucine aminopeptidase, elastase, trypsin and pancreatin could produce BCM-7 form β-casein of A1 milk on its digestion, as infant gut system has more intestinal permeability for nutrient; the passage of BCM-7 in serum is possible. The same could also happen in patients having leaky gut syndrome. Although presence of dipeptidyl peptidase (IV) enzymes on the surface of enterocytes and serum degrades BCM-7 to smaller peptides, further less permeability of gut in adults reduces the chance of passage of BCM-7 from gut to serum. Statistical data are correlating BCM-7 for non-communicable disorders, but animal studies and human studies are still not conclusive in this regard. India is largest producer of milk and majority of milk is of A2 type. However, crossbreds having high milk producing capacity have A1 allele in their genome, which requires its careful monitoring. Further, research is needed in knowing A1 milk effects on Indian population. 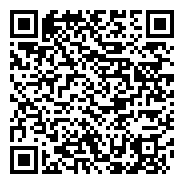